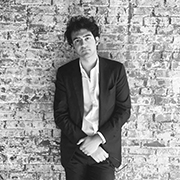 On the landlord side, Jeremy has represented several of NYC’s most esteemed developers including Regal Acquisitions, Aurora Capital, Centurion Realty, United American Land, and Milestone Equities.

Prior to joining Isaacs, Jeremy worked in investment sales at Venture Capital Properties. In charge of sourcing off-market deals for high-profile individuals, funds, and financial institutions, he specialized in mixed-use, retail re-positions, and development type assets in NYC.

Jeremy comes from a French Moroccan background, growing up with the family industry of fashion. Born and raised in NYC, he developed a sophisticated understanding of retail placement and knowledge of the New York market and beyond.